The operating surplus, after taking into account the policyholder’s income, amounted to Rs 1147.64 crores in the FY 2017-18 as compared to a deficit of Rs. 2400-13 crores in 2016-17 mainly on account of decrease in management expenses and incurred claims. This is one of the major achievements of the Company in the FY 2017-18. 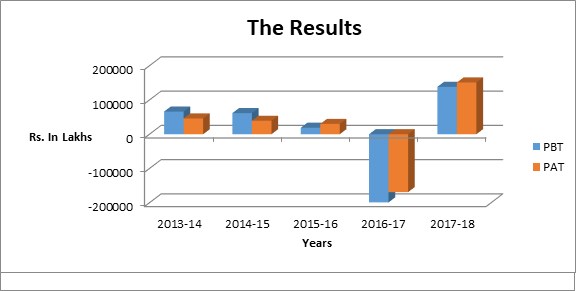 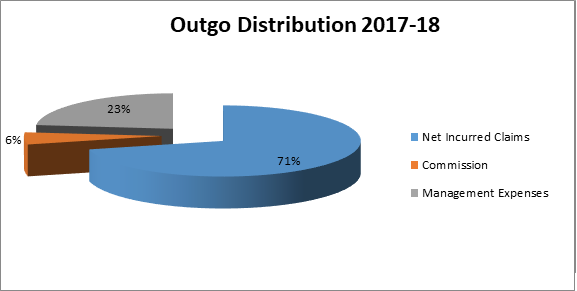 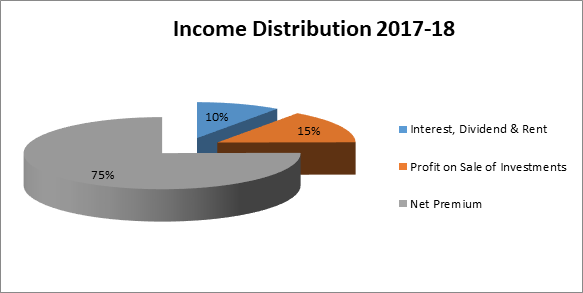 World renowned rating agency, A M BEST has also maintained our rating at “B++” (very good). We continue being consistently given the highest rating by CRISIL and ICRA also.

Percentages mentioned above are to Net Premium